I attended all three home games in Anaheim this weekend. I was hoping to see Francisco Rodriguez establish a new record for saves but unfortunately there were no save situations. Frankie was brought in on Saturday night in what may be his final regular season appearance as an Angel. Frankie ended the season with 62 saves. His last save was recorded on September 24th in Seattle. 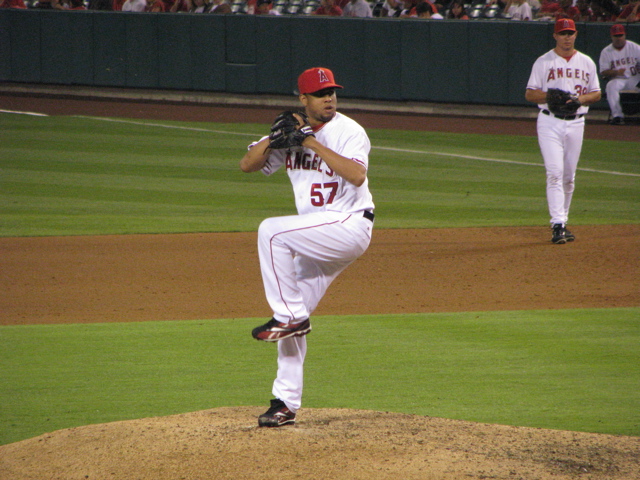 Sunday the team won their 100th game of the season, surpassing the 2002 Angels record of 99 wins. It’s quite amazing to think that the 2002 Angels were the Wild Card in the American League and the 2008 Angels have one more victory and have the best record in the major leagues.

Surprisingly the Angels playoff games this week start a bit later than I expected. The first game is at 7pm on Wednesday and game two of the ALDS is at 6:30pm on Friday. I will be participating in the on the field flag presentation during the National Anthem during game one. I’ve been lucky enough to be a part of the flag presentation for two opening days, September 11th, and this will be my second time during the playoffs.