I remember as a kid being so excited to go watch the Angels and Dodgers square off in the Freeway Series. Back in those days, that was the only time they played each other and even though the games didn’t count, it was exciting to see favorite players from both sides square off against each other. There was something cool about the fact that they would never play each other in a real game unless they met in the World Series. Below is a shot I took as a kid in the 1970’s when Steve Garvey and the Dodgers visited Anaheim. 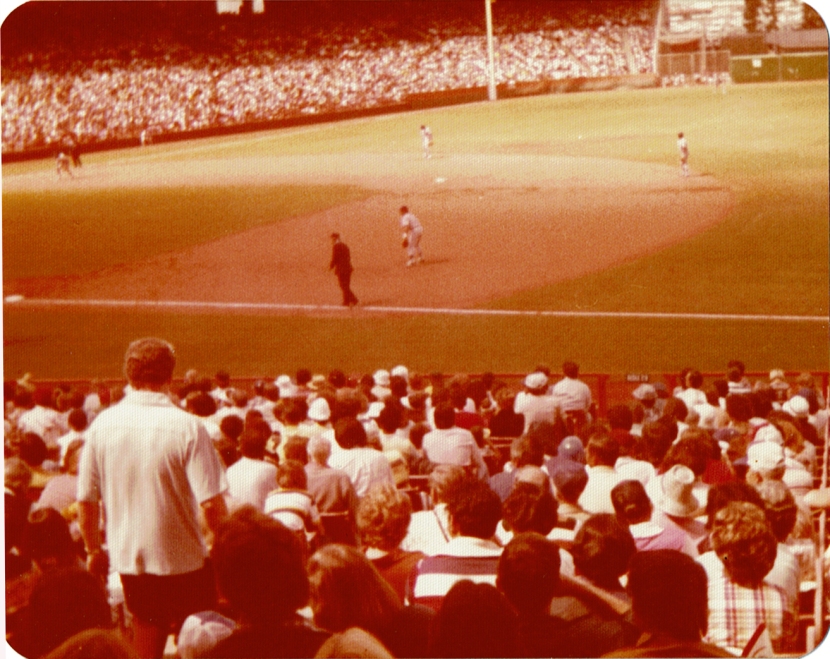 Things changed twenty years ago when Interleague Play began in 1997. Starting that year, the teams would square off during the regular season in games that counted in the standings. The Dodgers had pretty strong teams coming into that 1997 season. They had made the playoffs the two previous seasons and had superstars like Mike Piazza, Raul Mondesi, and Hideo Nomo on their team. The Angels had not been to the playoffs since their unfortunate collapse in the 1986 ALCS versus the Boston Red Sox. In 1995, the Angels had a massive division lead late in the season but the team collapsed down the stretch. They recovered enough to force a one game playoff but lost to Seattle’s dominating Randy Johnson. The Angels did have a core of young talent though and several of these home grown talents would eventually become 2002 World Series Champions.

MLB was looking to build natural rivalries based on geographic proximity. The Angels-Dodgers rivalry started with Dodgers fans always touting their team’s postseason successes and major stars. As the years went by, the Angels had a lot of success against the Dodgers. The Angels also became quite successful in the postseason starting with their first World Series title in 2002. True Dodgers fans were left with a bit of a dilemma but most had to root for the Angels to defeat their hated rival San Francisco Giants in the 2002 World Series. Both teams were managed by former Dodger players, Dusty Baker and Mike Scioscia. In 2004, both teams made the playoffs in the same year for the first time. They’ve done so three more times since then in 2008, 2009, and 2014. 2009 was the closest that the teams had come to a Freeway World Series with both teams advancing to the League Championship Series.

Tonight the Angels played the Dodgers in the first game of the Freeway Series in Anaheim. The Angels won 3-2 after being held hitless for the first six innings of the game. I’ll be at the Big A on Friday night to watch the second game of the Freeway Series. Even though these games don’t count, I’m still excited to get out the stadium and see the team and it does bring back memories of those days when it was quite rare to see them play each other. Let’s go Angels!